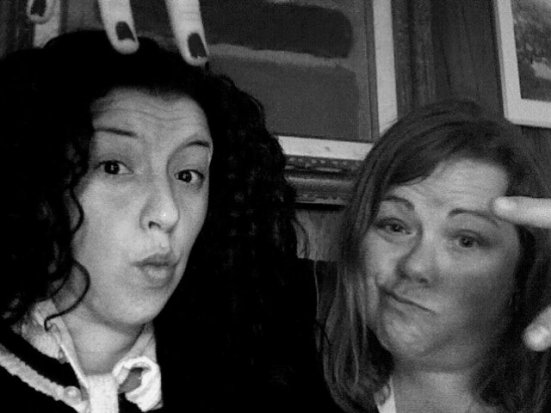 Recently my mother died unexpectedly.  On the same day, an old friend resurfaced.  We had parted in a sad and distressful way after what had been one of the most freeing experiences of my life.  I was stunned at the time when she dropped me off at the airport and told me to never call her again.  No reason given.  I had never been one to chase people’s friendship and being told I wasn’t wanted was enough for me to keep up my end of the deal.  I never called or communicated with her again.  So when I saw her Facebook request on the day my mother passed away, I was leary and torn and unsure about the world.

Michelle and I had been good friends for years first meeting in Atlanta in 1996 when we would sit around listening to Phish or rave music, getting stoned and generally being young.  I later moved on to Seattle and we lost contact for many years, but regained that contact when I moved back to New York.  We were fast friends as if time had never passed, as if this canyon size gap of each others existence never happened.  We met up in Long Island one year and then she came to upstate New York to visit me and then I traveled to Atlanta to see her.  It seemed so good, but ended abruptly without warning or understanding.

I let her request sit there awhile.  It had been 5 years since I had spoken to her and though I am a forgiving person, I was worried about being hurt again especially in this fragile time after my mother’s death.  I consulted my boyfriend and my best girlfriend.  They both decided they would hold grudges and probably wouldn’t accept the friendship, but Michael posed to be that I had to think about what she brought to my life, what had I missed, and what I might gain if she returned.  He knows me well.  He knows that my heart is generally pretty soft and I am forgiving, but that this trait has also damaged me in the past.

I thought about our friendship on the drive to my mother’s funeral.  I had 6 hours to try and think of anything but the fact my mother would never hug me again, that I’d never hear her voice or her distinctive laugh.  My avoidance of my reality gave me precious time to think.

I started to contemplate the finite nature of life and the graciousness of second chances.  We all deserve to be given the opportunity to have change and growth in our lives and for me to judge her based on who she was 5 years ago was unfair.  We had both changed.  Maybe we wouldn’t even be friends still?  Maybe we wouldn’t like who the other has become?  There was no way to know unless I gave it a chance.  Fear stops too many things in this world from happening.  It keeps magical adventures from happening.

Our connection has been slow moving and maybe a bit shallow, but I think we are both testing the waters we are now swimming in. I think about our friendship before a lot.  She always reminded me to not be so serious, to let my hair down, and to seize the moment.  In this way, she is much like my mother was.  Maybe this was a gift from my mother, a connection to something I need in my life….friendship and laughter and the ability to see beyond someone’s faults.  We have this one precious life to live.  Each day is a monument to what we can become, to the changes that happen every second.  Here is to second chances.  Here is to living life to the fullest.

What Has Come Before