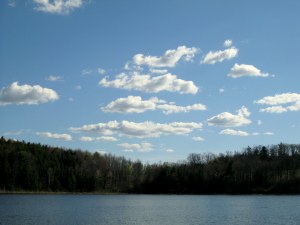 I recently finished reading “The Spectator Bird” by Wallace Stegner which I had begun reading right before my cousin passed away around Thanksgiving 2012.  I felt like it took an abnormal amount of time to finish such a small fictional offering by an author that my heart cherishes.  I have always been an avid reader, but something kept me from sitting long enough to finish the words on the page.

The book itself was about grief and aging and finding some closure in the understanding that life, despite its ups and downs and tragedy, is inherently good.  In the book, Stegner remarks “The chances we take, getting born so accidentally” struck me very hard at the breastbone.  It propelled me to finish the book last night.  It propelled me to pick up another.

I started reading Joan Didion’s “The Year of Magical Thinking”.

This morning, reading quietly in bed next to the love of my life, it occurred to me exactly what has been wrong in my life.  I have been grieving in a complicated way.

In June of last year I lost my Aunt Joyce to cancer.  I was never very close to her, but I recognized her as one of the matriarchs of my father’s family and as an integral part of keeping us all together.  Shortly after her death, I suffered several work related deaths when we lost two of our long time paramedics.  Early in November, Michael lost his best friend to organ failure and in late November I lost my cousin to cancer.  She was only a few years younger than me.

Being a nurse I am used to seeing death.  I save lives, but not all can be saved and this was known before I began the journey in nursing.  As part of my religion, I am grossly aware that we are born to die.  We die a little bit each day until our time is up.  The patient’s I have lost at the hospital haunt me often.  There must have been something else I could have done to save them.  This is a hard pill to swallow especially when deaths are traumatic or involving children.  I suppose I never really grieve those patients before pulling up my boot straps and getting back to work.  It is my least favorite part of the job.

Following my cousin’s death, who I might add that I wasn’t very close with, I found myself unable to move forward completely.  There were so many questions.  Why so young?  Why didn’t she seek treatment for her cancer sooner?  How could she leave her two babies behind?  How could she leave the love of her life?  These questions will never get answered.  I can make assumptions, but I was not in her shoes.  I had not lived her life.  I have stayed angry, I think.  There isn’t a time that I think of her death and don’t cry angry tears.  Life is sometimes unfair like that.  That is simply, life.

In the face of all this death I have fared weaker than I imagined myself to be.  I have not been able to read much.  I have barely been able to write poetry or prose.  I have moved through the motions more often than not in most things.  I feel like I have placed a wall around me which has been unfair to everyone who knows me.  Death is such a personal thing and how we deal with it depends on our support and fortitude.  In “The Year of Magical Thinking”, Joan Didion remarks that after her husbands death, while in the Emergency Room, the social worker referred to her as “a pretty cool customer” because she appeared to be handling her husband of 40 years death very well.

I recognized this exterior very well.  I have seen it in the mirror often.  The need to always be in control or have things in order often gets the best of me.  It most likely skews how I view everything without me realizing it.  I have been a “cool customer” in the face of all this death and frankly it hasn’t been healthy.  Being stuck in one phase of grieving or another puts life on hold.  It isn’t to say that I have not been living my life to the fullest.  I am a lucky woman.  I have an amazing person that I love beyond the borders of love who enriches my life daily.  I have a child that baffles me everyday with how she sees the world.  I have a great job and people that believe in me.  But being stuck, is being stuck.  Sometimes it is hard to realize that when you are too busy trying to be a superhero and keep it all together.  The personal things that have always brought me joy, my means of expression, have suffered the most.

Right now, I am sitting at my desk watching a robin build a nest in the tree outside my window.  It is building a nest to create life not knowing if the conditions will be right, but believing they have to be as they have been before.  I think it is time to move on.  It is time to believe in life as I had before.  There are questions that never get answered.  Sometimes, you just have to accept that.

What Has Come Before